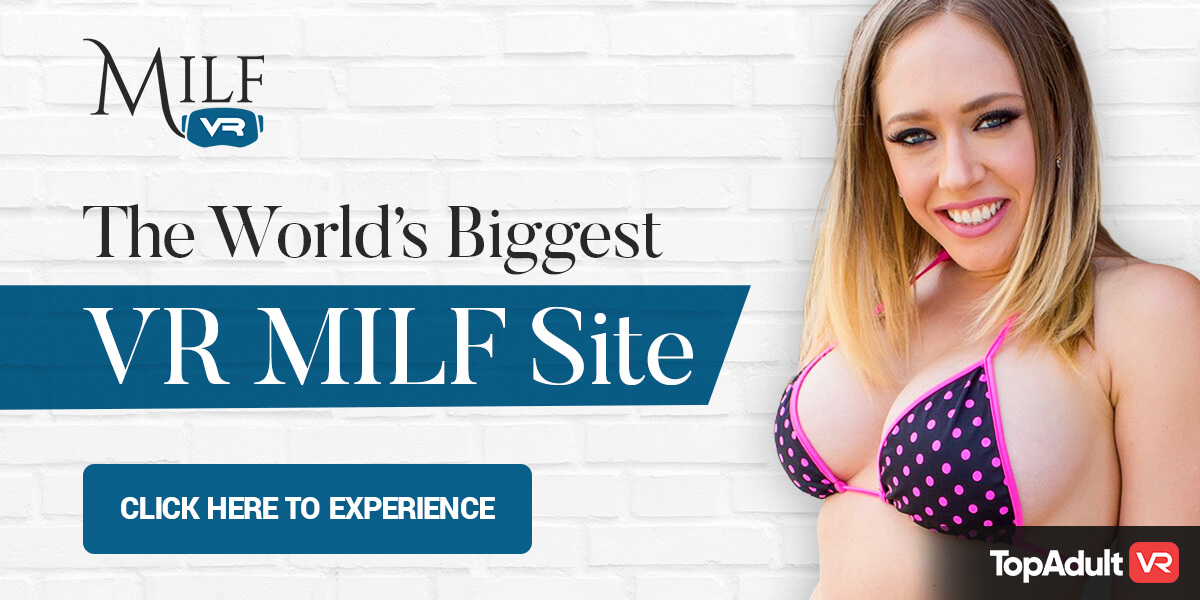 Being huge Veronica Avluv fans it was an easy choice to start out with “Teachers Pet”, an hour length feature that will have you busting a nut in no time. Veronica Avulv is your teacher and she’s exactly as you would expect her, gorgeous and a pro, making eye contact with the camera constantly so you feel in the scene with her. Fuck her pussy, watch her squirt, then dive into her tight ass.

After that we tried out “When MILFS Hand You Lemons” with Dani Jensen. A hot older ginger has some lemons you need to borrow, but she’ll soon turn them into lemonade as she sits on your lap and rides your cock. There is a funny part here where a dog wanders on set and Dani has to take him off, you can even hear him barking for a bit and Dani must quiet him down, leading us to think that perhaps Dani brought her actual dog on set. But we love dogs and so long as they’re not part of the action it’s all good. She quickly gets down to business and it’s not long before this ginger goddess is licking up your jizz in a scene we found ourselves coming back to more than once.