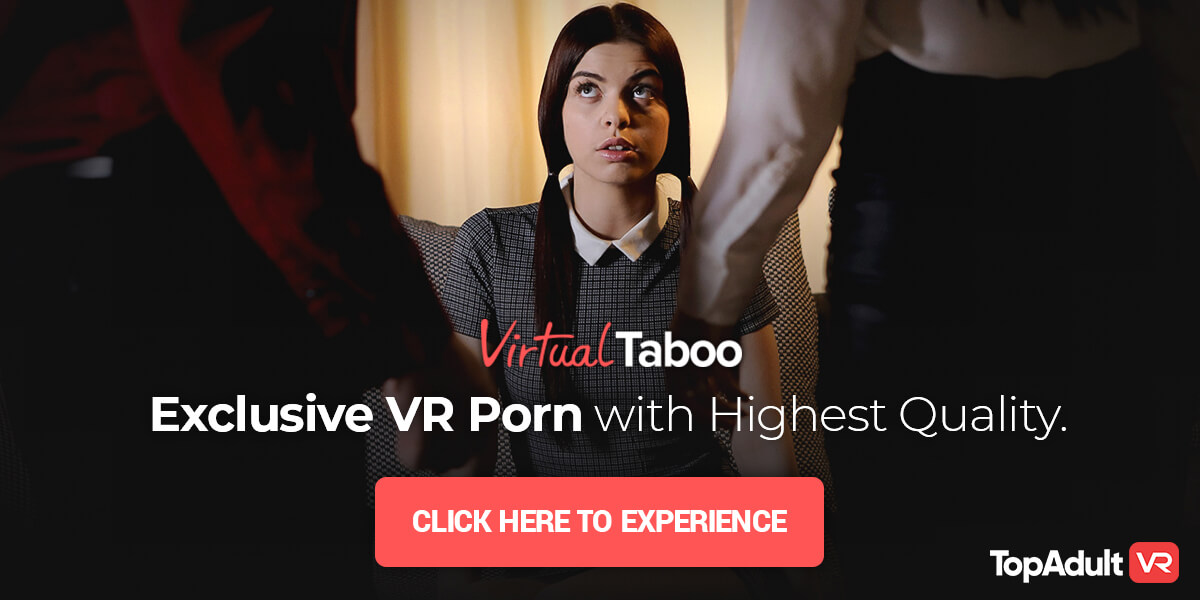 Producers at VirtualTaboo have recently increased their schedule and recent months have brought fans up to three releases per week. Our review across their library showed they never dipped under two releases per week so there are always new kinks to enjoy in VR. Star power is where VirtualTaboo can often take a backseat to other adult VR brands. While there are a handful of well-known starlets like the Zee Twins, Alex Harper and more, you’ll more likely encounter sexy European models and the odd webcam personality too.

The 180-degree VR content at VirtualTaboo might not be for everyone, but they do offer an assortment of price packages designed to appeal to a wider audience. There’s an option to enjoy a single scene for $9.99, get standard monthly access for $29.99, a yearly package that works out to under $8.50 a month or a lifetime pass for a $250 flat fee. Depending on your particular tastes and preferences, this collection might just have the hardcore edge you’re looking for.