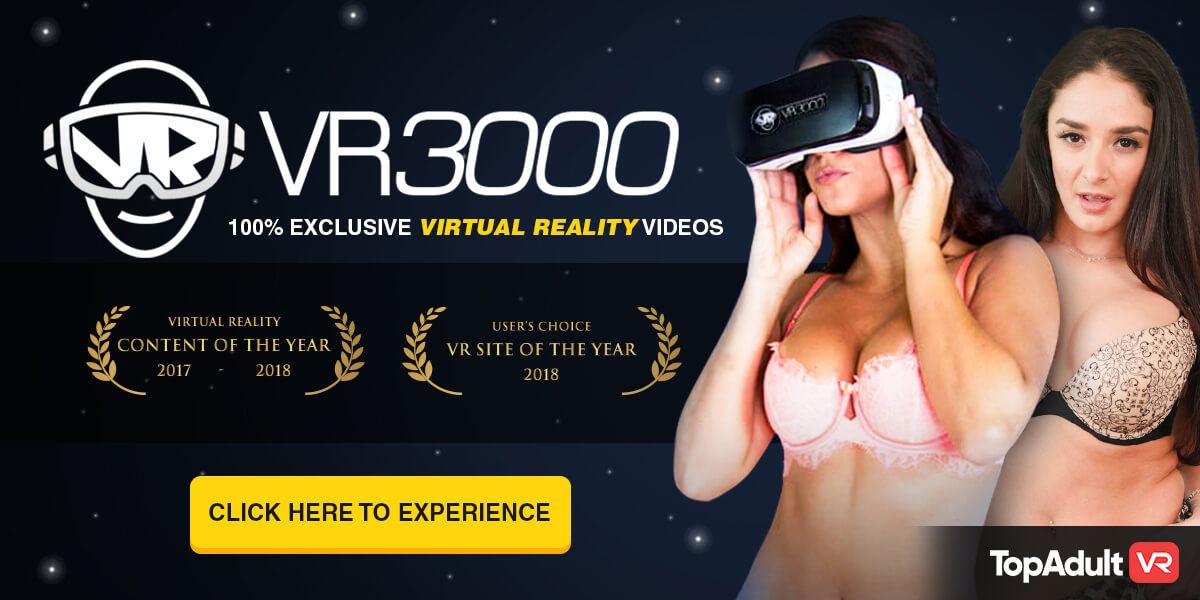 Right away, VR3000 tries to dazzle you with a glitzy, futuristic look but you’ll find their navigation and VR scene options are comparable to other producers in the space. They’ve been able to gather some notable talent in their roster and they’ve become known for their solo girl scenes and one-on-one hardcore productions too. These folks also focus exclusively on recording 180 degrees.

Virtual reality productions at VR3000 can be viewed by download or by using their streaming video player. Scenes typically have a runtime of just under 30 minutes to over 45 minutes in some cases and the downloadable file sizes increase accordingly. Virtual videos in their collection are available in 60fps and utilize precision head tracking and rich binaural audio.

Content at VR3000 is compatible with most VR headsets. You can use your Oculus, Smartphone, PlayStation VR or Mixed Reality headset to view their 3D scenes as intended.